A New Business Announces Plans to Come to Gay Street 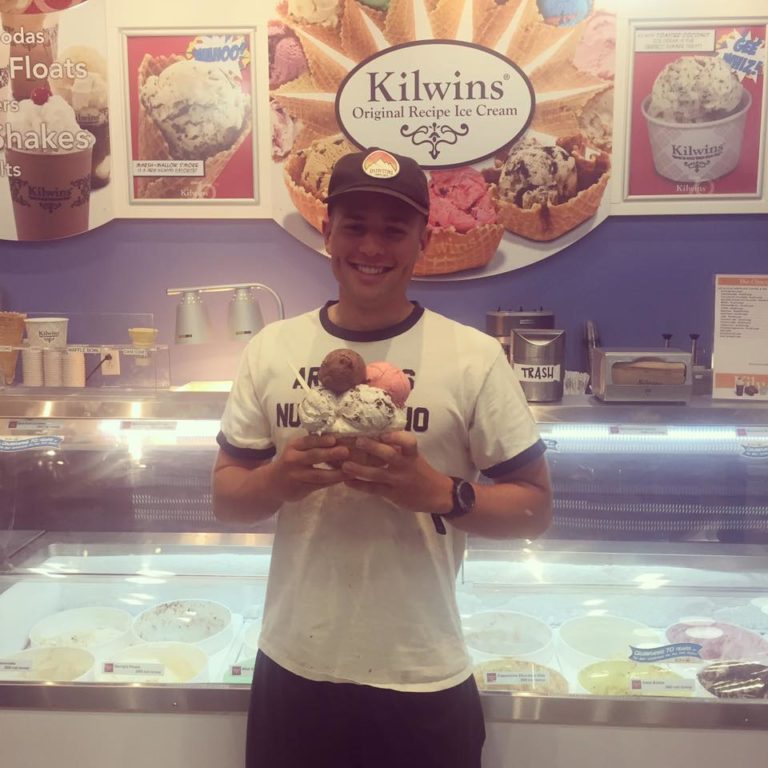 It didn’t take long after the departure of the Cruze Farm Milk Bar from 408 Gay Street, for word to start circulating of a pending shop to take its place. Through a summer that often saw lines out their doors, there was hope among some ice cream lovers that they might announce permanent plans for the location, but it was not to be. September 10 was their final day in the location and they’ve since announced a permanent home in east Knox County about seven miles out of downtown.

That left their location as an appealing address on our most special street on its best block. It seemed unlikely it would remain vacant for long and that has proven to be the case. Matt Moore of Columbus, Georgia has signed a lease for the space and plans to bring his second Kilwins franchise to the address. Kilwins was founded in 1947 in Petoskey, Michigan. The company began franchising in 1981 and now has 100 stores nationwide in 21 states. This will make the third location in Tennessee after stores in Gatlinburg and Franklin.

Matt is a CPA and worked as a corporate executive for thirty years. While his wife, who is a nurse, continues to work as a hospital executive, he has retired from his previous career in order to focus full-time on their growing businesses. Interested in making this shift, his reason for first being attracted particularly to a Kilwins franchise was personal: He loves their ice cream.

The couple opened their first franchise nine months ago in Columbus and it has been more successful than they could have imagined. It led them quickly to a search for a second location and, after looking at other possible cities, the couple and the company both agreed that Knoxville was the best choice for a next spot.

The company favors downtown locations and the amount of foot traffic and general vibrancy they found on a visit to Knoxville hit all the right notes. He sees the presence of a university and the active downtown as a perfect for support for their typical demographic of patrons wanting something sweet after a meal in the city.

The couple enjoyed Knoxville so much, they are looking to get an apartment here and make it a part-time home. It’s about as far from Columbus as they looked, but the location and the energy here convinced them it was the perfect next step. They’ve signed the lease and are starting the process that will lead to the opening.

Regarding the stores, he said the umbrella is the same, but the details are different. The building dictates much of the arrangement and appearance of the store and while the company offers a vast array of products, no store can carry them all. He plans for the Knoxville location to carry 32 flavors of Kilwins ice cream and about twelve flavors of fudge, though the company offers many more. He said he will tailor his selections over time to what Knoxville likes best.

One of the fun features of the store is that customers may watch the making of fudges, corns, brittles and caramel apples. Most locations feature the confections being made in the window and that’s what he’s planning for this location. They make their own waffle cones in-house. The store will also offer, “a unique sea salt caramel line,” and gifts. While the above are made daily in the store, the company provides boxed chocolates and toffees.

They will also offer ice cream cakes and they will be able to ship and/or deliver gift boxes. One of the fun practices of the company is to offer seasonal candies, sometimes beyond what you might imagine. Matt said, for example that this past Easter the Columbus store sold a twenty-seven pound chocolate bunny.

While he says the confections and ice cream are very good, Matt said the best part of the job has been watching young people work in a fun environment and learn how to make the product, gaining confidence and learning about customer service while earning money. In Columbus they employee 28 part-time workers. In Knoxville he expects that number to be around one full-time and thirty-to-thirty-five part time employees once they are established.

The couple opened the Columbus store a week before Christmas and experienced the scale of business that season has to offer. While he’d love to do the same in Knoxville, he doesn’t think that is quite possible. He’s planning on opening sometime in the first quarter of 2018. There will soon be a Knoxville Facebook page, but for now you can check out the Columbus page or pop over to the main Kilwins website.

Program Note: This Sunday morning at 10:00 AM on WUTK, 90.3 FM (streamed at http://www.wutkradio.com), I’ll host Stephanie Welch and Rebecca Parr, the two remaining candidates for City Council, District One. Please join me as we discuss issues related to both district one and the city at large.