Kickstand Prepares to Provide Necessary Cycling Infrastructure; Could Use Your Help 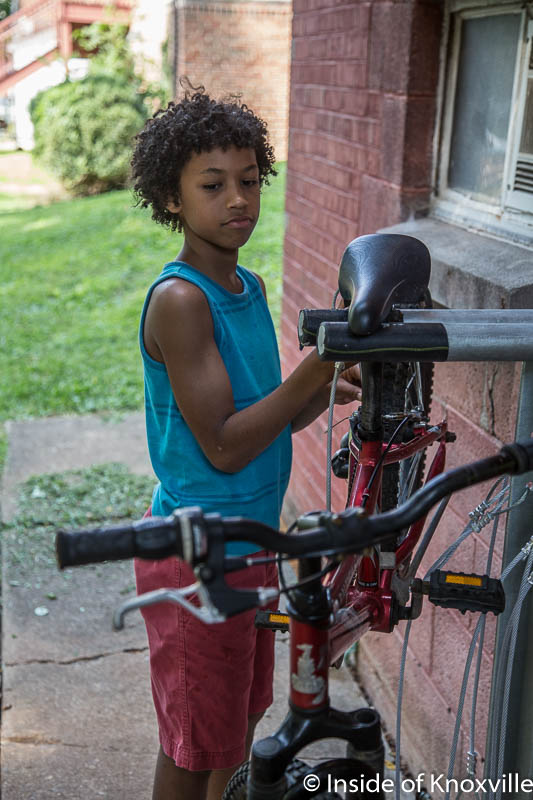 I’ve mentioned Kickstand several times over the years. It’s been just over three years since I wrote a full article about the group. In that time they’ve continued their mission of putting bikes in the hands of children and adults who need them. Some of the bikes are given directly, but most are given through various groups in the city who work with clients who need dependable transportation.

Currently they are embarking on a great new endeavor which will complement our burgeoning cycling scene. When we think of cycling infrastructure, we rightly imagine bike racks and bike lanes – both of which are, at the very least, helpful for cyclists. But what of the inevitable, small mechanical difficulties a cyclist will encounter? Loose chain? Slipping brakes?

While major repairs are a different matter, there are many small repairs or needed interventions that many cyclists will need to make while out on a ride. While any number of them have the technical understanding to accomplish the feat, without the tools, it isn’t possible. That’s where repair stations come in.

Kickstand received an anonymous donation for enough money to cover the cost of twenty repair stations complete with a stand for suspending the bike during repairs and the most commonly needed tools for doing the repair. Other groups are helping in the effort, such as Tennessee Valley Bicycles, which has installed a station at Beardsley Farm. The Jeff Roth Cycling Foundation is also helping with one station – each of which cost about $500.

I spoke to long-time leader of the organization, Paul Laudeman, who said the group is looking for locations where the stations can be available twenty-four hours a day and are in a visible location, preferably on private property. He’d also like to have a wide enough area around the stations that they could be used for instruction in bike repair. They need a cement slab on which to be mounted, whether it is preexisting or poured for the purpose.

Despite the fact that the stations have been donated, the group is in need of funding for pouring the slabs, and welcomes additional donations for a greater number of stations. Something missing from the stations as they are currently designed is an air pump which, obviously, would be a great addition and an appreciated donation. Cost of an appropriate high-durability air pump is approximately $400.

A number of locations have already been determined, with demand for the stations running high. The first you’ll likely see – perhaps as early as this week will be at Crafty Bastard Brewery. The Knoxville Botanical Gardens will get one and other locations are lined up. Suggestions are welcome for additional locations, but further funding will likely be needed to add more to the list.

The group remains, at heart, “a community bike shop dedicated to getting bikes into the hands of kids.” They work closely with Dreambikes, which has a similar, though different model. Dreambikes uses higher-end bikes and Kickstand passes some of those on to them. They also work through groups such as the Boys and Girls Club, YWCA, Cherokee Health System, Volunteer Ministries, KARM, Restoration House and others who send them requests and sometimes send them bicycles.

Paul said the greatest need they have is always for Volunteers. They need volunteers to help teach children how to repair bikes, but they also need volunteers for office work, social media support, grant writing and many other tasks. They can also receive tax deductible donations via Community Shares. They are working toward an independent 501 3(c) status (for which they could use volunteer support).

So, if you’d like to volunteer, contribute financially or to, more specifically, support the repair station project, contact them at Kickstandknoxville@gmail.com or drop by to see them at 1323 North Broadway behind the 4th Presbyterian Church. You’ll find them there Tuesdays and Fridays from 4:00 PM to dusk and Saturdays from noon to 4:00 PM.