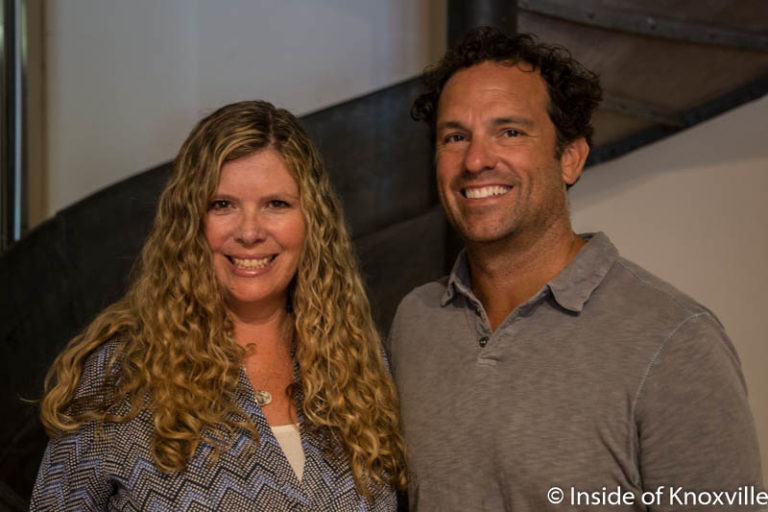 As downtown grows, finds its groove and generally learns how to be a modern city, it’s fun to focus on the big things: New construction, major buildings brought back to life and a booming downtown population. But there are smaller moves that signal changes reflecting our move in a healthy direction.

Scott Schimmel and Lisa Sorensen announce the move of both Bliss and Tori Mason from 24 and 29 Market Square respectively to a new location on Gay Street. Bliss opened at its current location in 2003, making it one of the oldest retail businesses currently operating on the square. Tori Mason opened just under a year ago and has enjoyed early success. The couple’s Bliss Home brand currently has locations in west Knoxville, Nashville and a soon-to-open location in Louisville, Kentucky.

The couple loves Market Square and has enjoyed their relationship with that special place in the city, but the story of the business is a story of needing more space. Two years ago the offices were moved to the Old City in order to give more space to merchandise. The Tori Mason store evolved out of a shoe selection that simply outgrew the space it occupied inside Bliss.

The new location will be in the original Miller’s Building at 445 South Gay Street, which is good news for the city. The business will assume the space currently held by Community Health Alliance, which is in the newest portion of the building. Built in 1935, it was the third expansion of the Miller’s Building and was constructed in a different style than it’s older namesakes.

The oldest portion of the building dates to 1905, with a second addition coming in 1911. Miller’s built the building – one of Knoxville’s tallest at the time and occupied it until the mid 1950’s when they moved to Henley Street in the current location of the University of Tennessee Conference Center, before moving to West Town Mall in 1972. The move  of Bliss and Tori Mason shoes to the building transforms the space from offices with little interaction with the street to a successful retail spot with a proven track record.

While the current street-level design of the building blends the original section and the two additions, the original 1935 addition maintained a distinct look and had its own entrance, as can be seen in the historic photograph included. The lower facade will be altered to return an entrance to that portion of the building, to replace the smoked glass with transparent glass and to more closely mirror its original design.

In addition to activating another portion of Gay Street, the move also gives the business the space it has long needed. After investigating expansion at 24 Market Square and concluding it wasn’t possible, this move will satisfy the need for additional square footage.

The buildings all have different owners, with KUB, represented by Conversion Properties, owning the Miller’s Building. John Craig owns 29 Market Square, while Mahasti Vafaie and Scott Parton (also owners of Tomato Head) own 24 Market Square. It’s safe to assume those spaces will not be available for very long after they are vacated.

Scott Schimmel told me, “We see it as a move forward, though we still love Market Square. Gay Street has continued to change and grow over the years and we are excited to have a business there.” Noting that it once was the center of downtown’s commerce, he said they, “hope to help continue the path back to that.”

Both Tori Mason and Bliss will remain open at their current locations until the new space is vacated and construction is complete, with an anticipated opening of early fall.