An Interesting Look at Development: Value and Cost 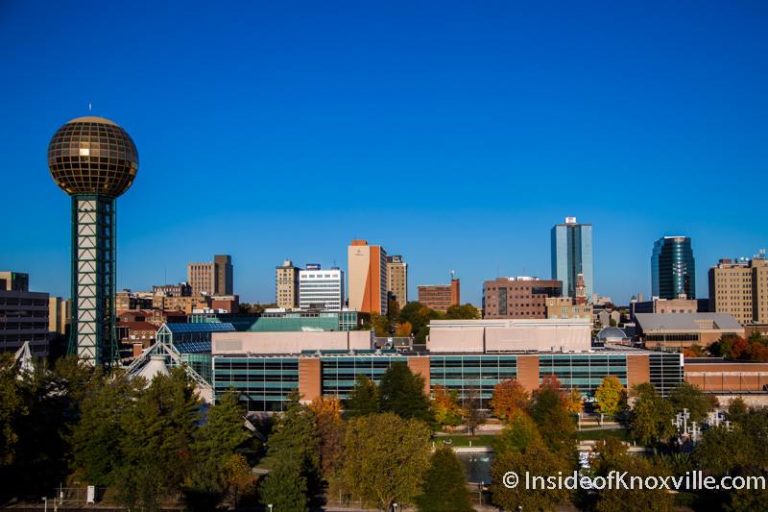 The fact that we are making decisions today that impact the future of our city is no secret. It’s important, then, that we understand the impact of those decisions on our future. We have finite resources and we’d like to get the most value for them we possibly can attain, right? That, in a nutshell, was the message delivered by Joe Minicozzi of Urban3, LLC out of Asheville when he addressed a crowd gathered at the Knox County Health Department earlier this week.

The thing is, we don’t really consider the true costs and earning potential of the assets we have, by which he primarily meant, the land available to us. There is a city limit and a county limit and the revenue we can produce from the area contained therein is all we have. But we don’t think about it in terms of maximization of value. He gave an example of the owner of a massive pickup bragging that his truck is the most efficient vehicle because it can go farther than the other cars on a single tank of gas. Of course, we know his tank is far larger than that of a smart car or Prius, so we insist the comparison be equitable: miles per gallon, not per tank.

In terms of development in cities, he pointed out we’ve been building cities in a similar fashion for hundreds of years and the reason for that is economic. With that, he pointed out that our property taxes are based on value, meaning the incentive for builders or developers who are going to have to pay taxes on that property once it is completed, is to build cheap buildings. Most currently being constructed (think Walmart) are constructed to last fifteen years, during which time they are depreciated, then abandoned. The big tax boon they are supposed to bring is minimal compared to other kinds of development.

When you start to think about the per-acre earning potential of the land included in the city (or county) limits, doesn’t it make sense for us to maximize those earnings? That’s where urban vs. suburban development enters the picture. He pointed out that cities carry the weight of taxation for counties. Not so? That big Walmart pays hundreds of thousands in taxes? Yes, but how many acres do they consume of our only natural resource, in order to pay that amount? It made me think about my urban and my last suburban home. I suspect many county residents don’t know it, but the rate for my county taxes didn’t change when I moved. Still based on value of my property, it remained level since the values were comparable. Of course, I also began paying a similar amount in city taxes.

So what, you say? You are paying the same and you still live in the county. Here’s where the truck analogy from above comes in. The footprint of my current home is a little more than half my last home because it is on multiple levels and is slightly smaller. To get the value of my current taxes per acre, the amount I pay would have to be multiplied by 51. My suburban home included a yard totaling about a third of an acre. So, the multiple for my suburban home was 3. The county gets seventeen times more for urban homes like mine vs. suburban homes per acre. And per acre is really all that matters, because that is our asset.

The example above is my own, but when you factor in tall urban buildings, the multiples are much more extreme. The taller the building the more efficient the use of land and the greater the per acre return on investment. Walmarts and malls with their massive surface areas have a very low return on investment per acre. Consider that West Town Mall, as valuable as it is, is the same size as our downtown (when you include the parking lot. Do you think downtown might be a little more valuable than West Town Mall? I think so. But none of that addresses cost. What is the cost of development and isn’t that borne by developers? Well, some of it, but not all of it. Developers expect the city or the county to run utilities and roads to the development. If the development is ten miles away as opposed to near already existing development, the costs are much lower. After the initial costs, there is maintenance of all those lines, pipes and roads running to the new developments.

If it is a neighborhood, of course, developers pave the streets of the new subdivision, right? Yes. And then they give them to the county or city! Meaning the city or county must now maintain new roads. There are no new roads to an in-fill development in a city. The pipes and lines are already there.

So, the upshot is that Walmart or neighborhood out in the county costs a lot more than building in dense, urban area. Both initial and long-term costs are higher. And the return? Significantly less. So a subdivision in West Knoxville generates more income for the county than empty land, but it also brings costs and it doesn’t produce the revenue of dense development.

I think the photographs of his slides are self-explanatory, for the most part (remember, you can click them to see a larger version), but the take-aways include that a single family home returns more in taxes per acre than a Walmart. A multi-family or mixed use building obliterates either and doesn’t require the infrastructure costs (assuming it is located in a dense area. This holds true even when you factor in sales tax generation and job creation. The two photos just above this paragraph warrant a little more description. In one you see two branches of the same bank. The more urban design of the small town bank – taller and with no parking lot – generates about three times as much revenue per acre. The other picture is from Chattanooga. On the left is the proposed development by an Atlanta group. To the right is the proposal as it was altered by Urban3. Their recommendation was ignored, yielding Chattanooga about 1/6 of the tax revenue they would have obtained with the more dense model.

Which brings up codes and policies. Codes and policies should be looking at maximizing the success of the business – in this case the city and the county. Urban policies succeed at this more than suburban policies. When we subvert or work around best practices, we lose money, meaning we lose quality of life we could be purchasing. Public policy should take into account the cost of development. As Mr. Minicozzi noted, more infrastructure equals fewer teachers, policemen and amenities. His recommendations include charging for the land, rather than the value of the structures on the land. In this model, a parking lot, for example would be taxed at the same rate as a dense urban building. It makes owning a parking lot a losing proposition and encourages getting more value for the land. He also advocated high taxes for speculators holding buildings and making no progress to bring them into use, saying they are damaging the city by neglecting the land – our resource.

So, what will we do going forward? Will we adhere to good urban design because it makes sense for our future or will we yield to pressure to bend the rules for a fast, but greatly reduced return? It’s a good frame of reference for us to consider as we make those individual decisions which will lead to the Knoxville of tomorrow.

End Note: I hope you each have a great weekend. Tonight is the annual Christmas parade and the weekend is filled with many great activities like the Old North Victorian Home Tour and more. Be sure to tune in at 10:00 AM Sunday morning to WUTK, 90.3 or stream it on your computer when I’m joined on Knoxcentric: Powered by Inside of Knoxville by Kelley Segars and Jon Livengood to discuss the upcoming Tour de Lights and all things cycling in Knoxville.