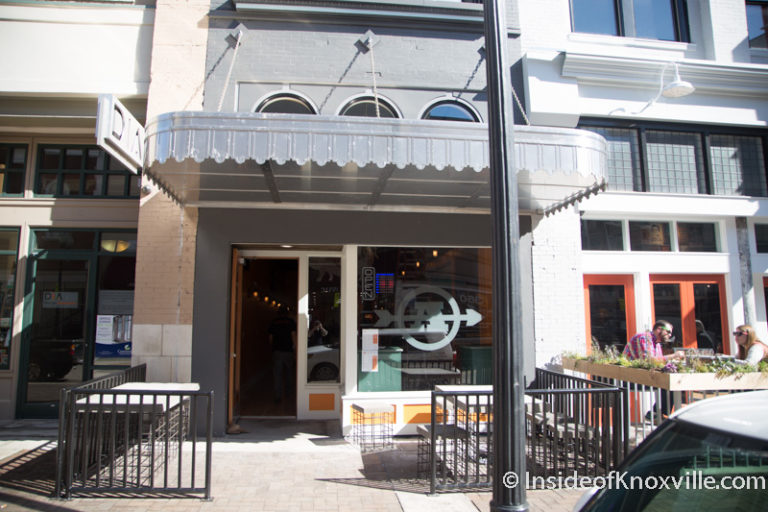 It’s been a short ride for barbecue on Gay Street. While locations continue to operate with apparent success on the south end (Calhouns) and the north end (Sweet P’s) of uptown, there will no longer be a dedicated barbecue restaurant in the center of downtown. Opening only last February, the business had a short run.

I contacted owner Archer Bagley, to ask about the situation and he confirmed that Wednesday will be the last day of operation for the downtown location. It is the downtown location only that is impacted. He told me, “Archers BBQ will be closing Archers BBQ Downtown on Wednesday, November 23rd. Archers BBQ loves Downtown, our Downtown neighbors and landlord, but we wanted to focus on locations that better fit into our fast casual, family oriented concept. Archers BBQ will continue to serve the Best BBQ that we know how at 4 Knoxville locations: Bearden, Karns, Powell and West Knox.” He also said the hardest part was telling his employees they would lose their jobs.

So, the question of what didn’t “fit” remains, but it is true that this location was substantially larger than their other locations and that casual observation revealed much larger crowds at lunch than evening hours. One difference there is that other locations served alcohol and that is a large profit base for restaurants. Other retailers have made it clear to me that income needs to be steady for more than a few hours in a space as expensive as a large space on Gay Street can be.

I do think it leaves a hole in what we have downtown. It’s not only the fact that barbecue is now missing, it’s more the quick lunch option. There are others, of course, from Frussies to Market House Cafe and some others, but having quick lunch items are a necessary part of a downtown with many office workers who don’t have the luxury of a sit-down lunch.

Operating a restaurant is always tough. Operating one in downtown Knoxville is, at least in recent times, highly competitive. We can’t all eat out all the time, but if you have a restaurant you really appreciate, I’d encourage you to support them. Their existence isn’t a given. And late in the year seems to be a time business with plans to do so, pack it in. Let’s hope we don’t see more this season.